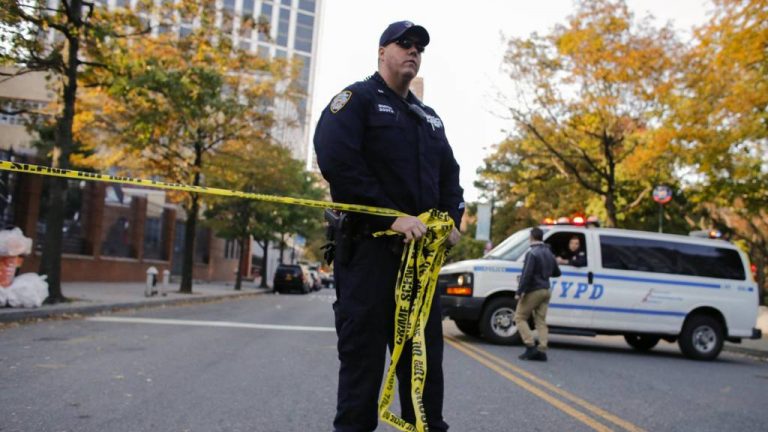 Another day, and sadly another gun attack in the US, at least 8 people have been killed. This comes mere weeks after one of the most devastating mass shootings in US history, which killed at least 59 people and injured hundreds in Las Vegas. With gun laws decreasing thanks to Trump and the NRA more and more people are being exposed to unnecessary and preventable violence. But why?

In 1996 the world was shaken by a horrendous attack at a primary school in Dunblane, Scotland. A man walked into the school with four legally owned guns and opened fire on a class of primary one students. Sixteen children and their teacher were killed in this attack.

We quickly learnt from this tragedy and tighter gun laws were imposed to prevent people from privately owning a hand gun in the UK, since then there has been one mass shooting. These figures are proof that stricter gun laws can make a huge difference – because the wrong people can’t get easy access to them.

A similar story can be seen in Australia, who tightened their gun laws less than two weeks after a mass shooting that killed 35 people. All six Australian states agreed to enact the same gun laws banning semi-automatic rifles and shotguns. They also put more hurdles between prospective gun owners and their weapons.

Some American’s argue that it is their God given right to bear arms, but they are forgetting a humans most fundamental and basic right – the right to live. A popular argument is ‘if we don’t have guns how will we protect ourselves from people with guns’, which could be a valid point…until you realise that during these attacks it is never the civilians defending themselves.

Another ideology for pro-gun activists is that it is the people behind the gun that kills, not the gun itself. Which is technically true, but a gun is a weapon, it was designed to kill and that has always been the intended purpose of them. 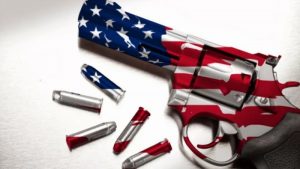 America is in the middle of a gun crisis, and far too many people are blinded by patriarchy to even pay attention to the facts. There has been 1,516 mass shootings in 1,735 days (Jan 2013-October 2017). How many of those have you actually heard about?

Countless lives have been taken at the hands of a gun, and for no good reason other than to follow outdated ideals. I’m not saying guns need to be completely illegal, but there needs to be stricter laws, screening processes for people interested in owning one, and harsher consequences for people who misuse them.

America needs to catch up, and sooner rather than later as too many lives have already been needlessly lost.