In the beginning, I don’t think anyone could fathom how huge and accessible the internet was going to be. Much less how it would have had such a lasting impact in the marketing world. But can digital marketing replace all other forms of advertising?

Here is a list of the positive aspects of digital marketing that could suggest this to be true; 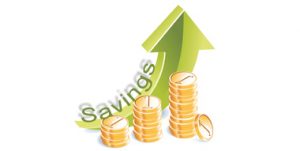 Social media now has plenty of options for a company looking to target specific audiences. Because sights like Facebook can take a lot of demographic and geographic information from its users, this, in turn, helps people looking to advertise do so to the right audience. This can also be based on a person’s Facebook ‘likes’. For example, if you’re into sports and ‘like’ a number of sports pages, Facebook will know to promote specific products and services relating to that.

It Can Go Viral

Going viral can be a company’s best friend, or its worst nightmare, depending on whether the public’s response is positive or negative. If an advert goes viral it can be seen by hundreds of thousands of people in a very short space of time and get a company a lot of exposure and revenue. Clever marketing campaign’s or videos that catch people’s attention is the best way to ensuring this, you know what they say, give the people what they want. 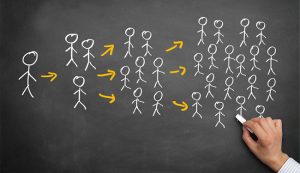 On social media, unless the post or the account is deleted, then the content is online and accessible forever. Unlike TV campaigns, which have a shelf life, online campaigns can be viewed by both consumer and company at any point.

Social media has opened up the doors of communication between consumer and company. With the option to comment on posts and message companies at the drop of a hat. With no lengthy process of writing an email or a letter to a company and awaiting a reply, a lot more people are giving feedback. Companies can now reply in a couple of hours, and in some cases instantly, building up brand trust and loyalty. 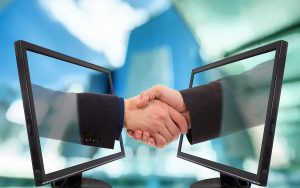 It can be extremely difficult to measure the success of a traditional marketing campaign. On social media, it is getting easier and easier to monitor this information. With sights like Facebook and Twitter giving you analytical data such as; number of page visits, number of post likes, number of clicks on a post etc. This has opened up a whole new side of marketing that allows companies to create cleaner campaigns to target their intended audience down to a T.

So, can digital marketing replace all other forms of advertising? Not right away, we still have an older generation of people who don’t know how to use computers and smartphones. But with children as young 3 being able to operate tablet devices, I think it’s only a matter of time before we are catapulted even further into the digital age.